For some time past, eager activities can be observed in the field of the issuance of medical reports based on patient data obtained remotely that recommend, where appropriate, the consultation of a specialized doctor. These reports cover i.a. medical specialist areas such as dermatology, ophthalmology, traumatology, hematology. Towards the patient the service is mostly provided by internet medical companies (hereinafter referred to as “e-health companies”) with expertise in IoT now releasing new solutions through A.I. and the blockchain.

The necessary data is collected from the patients by non-medical staff such as chemists, nursery professionals, pharmacists or opticians. For the review of the data and the preparation of the medical reports these companies engage doctors duly registered and insured (hereinafter referred to as “doctors”) in the EU who access the data to be analyzed online. The doctors may practice and reside in any EU member state. Therefore, EU cross-border treatments where the patient’s data is obtained in one country and the medical report is prepared by the doctor in another EU country is common practice.

In some EU member States, such as Germany and Spain, such telemedicine consultation services are still in an early phase. In these countries, objectors state that these kinds of practices infringe the law and have already taken action before national courts. They basically claim that this way of preparing medical reports violates the internal codes of the relevant medical associations of these EU member states. Among other things they argue the following:

i. They criticize that the necessary data to provide such medical reports must not be collected by non-medical staff such as chemists, nursery professionals, pharmacists or opticians.

ii. They claim that these medical reports are the outcome of a distance treatment that should be avoided by all means and can only be considered as lawful in very narrow limits.

iii. They claim that in cases of cross boarder treatments the legality of such services must be assessed according to the laws of the member state where the data has been obtained from the patient.

They therefore claim, that if the national laws of the EU member state where the data has been collected forbid distance treatments, a medical report based on data which has been remotely obtained, constitutes an infringement of the law of this member state. Whether the doctor analyzing the data resides and works in another member country state of the EU or whether distance treatment in this other member state is legal or not, shall be irrelevant from a legal point of view.

This is not the place to analyze the national legislations of each member state applicable to the preparation of medical reports. Rather we would like to examine the issue with regard to the legal situation in Germany and Spain as examples of European countries, which only seem to start to realize what incredible opportunities lie in the use of digital technology in the field of preventive health care:

(i) Obtaining of necessary data by non-medical staff.

From our legal approach obtaining data, which is necessary for medical reports, by non-medical staff is permitted and cannot be considered as medical act with the consequence that it can only be performed by non medical staff, if this staff is directly supervised by a doctor or underlies a specific permission.

It is generally acknowledged that laboratory examinations, an eye test of an optician or a hearing test of an audiologist, are not to be considered as medical acts. In our opinion the pure collection of data like taking a picture of the retina with a special camera is not a medical act itself. It includes no diagnosis or implicit judgment and bears no risks for the person photographed. Only the preparation of the medical report itself by analyzing the collected material/data can be considered as medical act and is therefore reserved to medical graduates. That applies even though the content of the medical report has a limited scope committed to very limited medical assessment based on the data obtained, thus making only one piece of advice or recommendation.

We do not find any violation of the law in the fact that, not the doctors who prepare the medical reports, but the non-medical staff collect the necessary data and subsequently send such remotely obtained data to doctors by means of telematic instruments. Even in countries like Germany and Spain where the distance treatment is still only allowed within small limits, in our opinion this practice is legal. Even though other opinions may be found in the judicial practice, the recommendation or advice that such e-health companies, or better said the doctors who are working for them, provide to the relevant patient are not an expression of what has been called telemedicine. Precisely, this is for the reason that such e-health companies do not offer to the patient a qualification of a disease (diagnosis in the strictest sense of expression), nor does it propose a prognosis for treatment. The service of these e-health companies is limited to advising, where appropriate, the consultation of a specialized doctor (not recommended by the e-health company itself) who can perform the necessary medical acts to eliminate or mitigate the eventual ailment that the patient could suffer. Since the content of the medical report has a very limited scope committed to very limited medical assessment based on the data obtained, it can only be considered as one little piece of advice or recommendation but not as a diagnosis in a real sense.

We have seen government bodies verbally saying that these practices were illegal but then being unable to send us a written statement confirming their words. Moreover, we have seen surrealistic courts of one of the richest countries within the EU ruling that doctors of another EU country are allowed to perform these practices (without advertising them) but not the national doctors that shall be bound to a national law that establishes a compulsory physical exploration before the preparation of these medical reports. The judges justified their decision with EU law. According to EU law a crossborder medical act is deemed to be performed at the place where the doctor has his practice. As a result, a crossborder medical act only underlies the laws of the country where the doctor performs his medical services. In our opinion this approach is right. Nevertheless, there is an urgent need for common rules in the EU regarding cross-border treatments. It is unacceptable that in one single country the same treatment of a patient can be legal or illegal just depending on the laws of the country where the remotely practicing doctor has his practice.

The described arena with the current and fated challenges of A.I. and the blockchain are an evidence of the urgent necessity to increase an ongoing dialogue between EU administrations and e-health companies at all levels in order to enhance the development both of laws as well as of technologies born in a politically sustainable context of shared values and agreed responsibilities.

It clearly brings out an atmosphere of restriction on cross-border access of medical data which unnecessarily prevents patient movement across the EU territory and consequently decreases access to healthcare and lowering its quality performance.

Far beyond the European Union founding mantra that free movement of goods, services, capital and persons shall always be assured it is more than obvious that economic protectionism, regulatory divergence, and sometimes, let´s admit it, censorship and repression, are a clear hurdle for e-heath companies. In such a sense, the words of the EU Commission VP, Andrus Ansip, should be a lucid reminder for all EU members legislators:

“All Europeans should remain owners of their data and be able to share it securely with authorised parties – for medical treatment, preventive services, clinical research.

If we want reliable and affordable healthcare that is also sustainable and universally accessible, it is clear that we must embrace digital technology – as our thinking shifts away from treatment and towards prevention; from a ‘disease focus’ to a ‘people focus”. 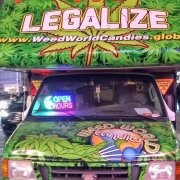 The Economist goes to pot. Downplaying the risks of cannabis 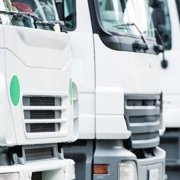 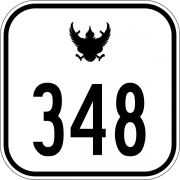 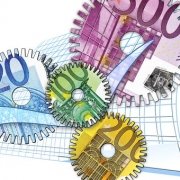