The arduous journey to prosecute the gravest crimes in the history of the last century didn’t deter those who made justice in Nuremberg, or in the Special Tribunals for Rwanda and the former Yugoslavia. Each judicial process was a milestone that forged a more peaceful and just international world order. The recent decision of the International Criminal Court to stop investigating the crimes perpetrated in Afghanistan – both by the CIA and by Taliban forces – is a historical blow to international justice and human rights. The Court that was born to bring to justice the most ruthless crimes that affect the international community – genocide, crimes against humanity, war crimes, and the crime of aggression – has had its legitimacy suffocated by this decision.

Two weeks ago, on Friday 12th of April Pre-Trial Chamber II of the Court decided that the investigation into the situation of Afghanistan “at this stage would not serve the interests of justice”. The decision took place in the epicentre of the peace talks taking place between the US and the Taliban regarding the conflict, and after Donald Trump had revoked the visa of the Chief Prosecutor of the Court, Fatou Bensouda – as well as threatening the Court with economic sanctions if it continued with the case.

In 2016, the Chief Prosecutor of the Court, published in her report that between 2003 and 2014 “the United States armed forced appeared to have subjected at least 61 persons to acts of of torture, cruel treatment and outrages upon personal dignity,” – crimes that would fit into the definition of war crimes in Article 8.2 of the Rome Statute of the Court. US Secretary of State, Mike Pompeo, alleges that the case is a “political persecution of Americans”. However, out of the 27 cases brought before the Court, all have dealt with crimes that have occurred within Africa. This would have been the first concerning a western country.

The states that lead the arms race of human rights violations, China and Russia, have shielded themselves by refusing to become part of the Court. As international treaties depend on the voluntary adoption by states, the nationals of states that are non-members can’t be prosecuted. Despite this, the Court does have jurisdiction over the crimes committed in member states, such as Afghanistan, Poland, Romania and Lithuania – the stage of the alleged crimes. But as the US is not a member state, the judicial process is a little more complex: the Prosecutor needs to obtain an authorisation to begin the process and determine whether it is “in the interests of justice”.

The Court’s decision to reject the case on the basis of a lack of cooperation by the parties, is an incentive for non-cooperation. The Pre-Trial Chamber II has rejected pursuing the case further, pointing to the unlikeliness of cooperation by the relevant parts. It also highlighted the changes in the “political landscape” of Afghanistan and key states. While it is true that the geopolitical context (the current peace talks between the US and the Taliban to put an end to the eternization of the conflict) must be taken into account; the ad hoc Tribunal for the former Yugoslavia was also established when the war hadn’t come to an end. Its work was and has been the backbone of the construction of the peace-process, as it was for the achievement of international justice.

Furthermore, if we consider that the main reason for rejecting the case is the non-cooperation of the parties: doesn’t this approach further motivate states to refuse to cooperate with the Court? Doesn’t this set the dangerous precedent that the Court bows down to states that show the fiercest rejection to cooperate?

The Court’s decision was drawn after the US had threatened the Court with economic and political sanctions – including revoking the visa of the Prosecutor – if they continued with their investigation. The fact that the US has established a travel ban against one of the most legitimate international judicial bodies is an action that falls short of obstruction of justice. Jamil Dakwar, Director of Human Rights in the American Civil Liberties Union, has described this act as «similar to one of an authoritarian regime crushing dissidence «.

The instrumentalisation of international law by the US’s repression of the Court is part of a historical pattern of crime and impunity.During the Cold War, both the US and the Soviet Union used the power they had as two superpowers in a bipolar international world order as a buttress. From the contras in Nicaragua, to the chemical weapons in Vietnam, to the death squads in El Salvador – all of these actions orchestrated by the US have one thing in common: they are international crimes that have not been subject to justice. During the cold war, the US and the USSR blocked the initiatives to create an international court of criminal law in the United Nations Security Council. The wounds of the genocides of Rwanda and Yugoslavia were the reality check that put the focus on the necessity of an international criminal justice system.

The history of the last century brought to light the importance of international justice to prevent the vilest acts of human cruelty. Crimes that, without the work of international tribunals, would have remained unpunished. With the lash of retaliations, the United States has contributed to block the investigation of the Afghan war crimes. In the book, How Democracies Die, Harvard Professors Levitsky and Ziblatt, give a chilling overview of the time we live in: “since the end of the Cold War, most democratic breakdowns have been caused not by generals and soldiers but by elected governments themselves”. And one century after Mussolini marched on Rome, Donald Trump has marched on the Rome Statute of the International Criminal Court. 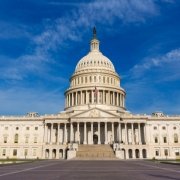 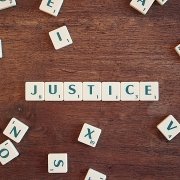 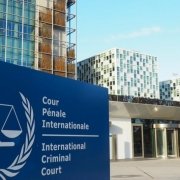 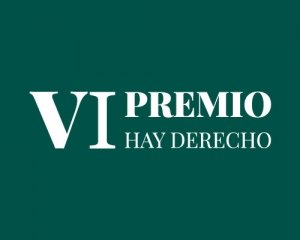