A recent article in The Economist – titled “Going to pot” in the print edition- celebrates that many countries are legalizing the medicinal and recreational use of cannabis. Although it admits that «cannabis is not completely free of dangers” it happily concludes that “given how much pot is smoked for fun, it is remarkable how little harm it does.” What is really remarkable is how frivolous and inaccurate this statement is. The truth is that frequent cannabis use has very serious health consequences and that articles like this one -probably dictated by economic interests- contribute to make them worse as they promote the banalization of cannabis and its legalization without proper controls.

There is mounting scientific evidence of the dangers. Frequent use of cannabis multiplies by 4 the risk of suffering psychotic outbreaks, (see here and here). One third of those diagnosed with these diseases are frequent consumers, and diagnosis occurs only six years after the beginning of the habit (here). Frequent consumption also increases the risk of depression by 30%, and triples the risk of attempted suicide  (here)  and of a severe crisis in people with bipolar disorder (here). Cognitive abilities are also seriously affected by frequent consumption: there is a drop of between 6 and 8 points in IQ, with memory being especially affected  (here)..

All the above effects are greatly worsened and become irreversible if consumption begins in adolescence. The reason for this is that early cannabis use has been shown to modify brain development (here), reducing the size of the hippocampus, a brain structure critical to memory, and altering the striatum, related to dopamine emission and motivation (here). Recent studies seem to indicate that children whose mothers consume it during pregnancy will also suffer (here).

The effects are serious not only in morbidity but in prevalence of use, so it is not exaggerated to speak of a new pandemic. While tobacco use has declined significantly over the past 25 years, the opposite has happened with cannabis. In Spain its use increased by 50 per cent over the same period and reaches 20% in the 14 to 18 age group. Even though most of the very serious risks identified have been confirmed in recent years, the perception of risk has not increased (unlike what has happened with tobacco). Cannabis is also highly addictive, which is expected because its continued use reduces the endogenous production of dopamine (see here): 10% of its users become addicted, a percentage that rises to 15% among young users. Double addiction to tobacco and cannabis is frequent and the use of vaping has introduced new hazards (see here).

If a fifth of our young people suffer from a serious cognitive impairment, if the number of people with serious mental illness doubles, if 2% of the population are drug addicts, the harm is clearly not “mild”. Quite to the contrary, we face an enormous social and public health problem that includes countless personal tragedies.

What to do? It is obvious that the priority should be to carry out information campaigns, especially among young people, to increase the perception of risk and reduce the recreational use of cannabis. We know that young people are not very sensitive to long-term risks, but in this case – unlike tobacco – there are immediate effects on academic performance and short-term effects on mental health. Beyond statistics, many of us have already seen too many young lives derailed for this reason, both in my generation and that of my children.

We should also try to avoid the misinformation surrounding the medicinal use of cannabis. Of course its active ingredient can be and is used for medical purposes, of course with the same tests and controls of any other medicine. The problem is not only that the therapeutic benefits are not very clear (here) but that often the intent is not to use it as a medication for a specific problem but as a cure-all painkiller: a few years ago I was surprised to see how a beach in Los Angeles was full of marijuana stores from which individuals festively clad in green would come up to tell you that if you had back aches, nausea, or almost any other ailing you could buy cannabis derivatives legally. As the Economist article cynically says: «when grandma starts smoking pot for her arthritis, the drug has entered the mainstream». Allowing its supposedly medicinal use without effective control in a society little informed of its harmful effects is extremely dangerous. It is astonishing that we have not learnt from previous examples of abuse of drugs for medicinal purposes. The latest and tragic case is the sale of opioids as painkillers in the USA. Another article -in the same issue of the Economist!- points out that it is estimated that the abuse of these legal drugs causes more than 50,000 deaths annually (here), and cost estimates are now in the hundreds of billions  (here).

The general legalization of the sale of cannabis is also proposed as a way to prevent illegal trafficking. It is true that making it illegal has not prevented its widespread consumption, but all studies show that legalization would make it even more accessible and socially acceptable (10% of young spanish people who have never consumed say they would if it were legal). Before considering legalization, an enormous effort should to be made to raise awareness of the risks, and consumption by minors would have to be effectively banned and prosecuted. In addition, cannabis should be subject to taxes that reflect the extraordinary social cost of its consumption, which would make it necessary to control the black market. If, rather than making the effort to manage these very real risks, we choose to make cannabis a product of «good vibes» and its legalisation a party, the very serious problem we already have will be exponentially worsened.

Finally, let us not deceive ourselves: those who promote the banalization and legalization of cannabis are not romantic hippies (the Economist is certainly not), but, as with opiates, companies and investors in search of a huge business (see here) with little or no regard to the tragic externalities of these markets. 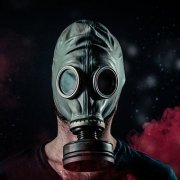 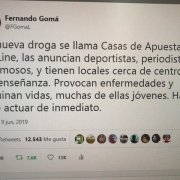 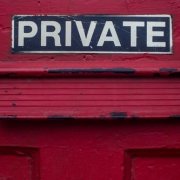 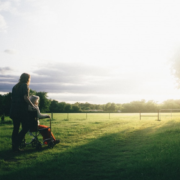 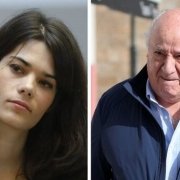