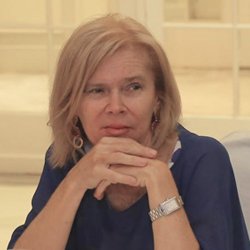 State attorney on leave and practicing attorney at the law firm GC Legal. Elisa de la Nuez is an expert in transparency and good governance as well as in protection of corruption whistleblowers and public ethics.

She has held various positions in the public and private sector, Secretary of the Board of several business and founding partner of the company Iclaves consulting. She has also been a member of the Editorial Board of El Mundo and develops an extensive work as columnist in other media, particularly in the blog Hay Derecho. In the teaching area, she has collaborated in centers such as ICADE, the Universidad Complutense de Madrid, the San Pablo-CEU University, the Institute of Fiscal Studies or ESADE. She has published numerous collaborations in specialized magazines and newspaper articles.

She is co-editor of the blog “Hay Derecho” and of the book of the same name published by Peninsula together with other co-authors under the collective pseudonym “Sansón Carrasco” as well as from the book “Against clientelistic capitalism”, also published in the Península publishing house.