Vice-chairman of the board 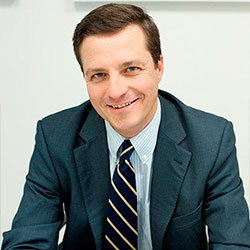 Pelayo is CEO of Kefren Capital Real Estate (KCRE) and Managing Director of the family office Kefren Capital (KC). In addition to managing the family’s private wealth, he is a board member of several KC investments.

Previously Pelayo was a member of the board and executive committee of Hovisa, owner of the Hotel Arts in Barcelona. He was co-founder of Norfin Inversiones Inmobiliarias and its CEO from 2006 to 2012. During his time at Norfin, Pelayo led the European fundraising efforts for two investment funds, established a CNMV-regulated real estate fund manager and actively supported the funds’ investment efforts, focusing on logistics assets in the Iberian Peninsula. Previously he worked in investment banking at Schroders and Citigroup for 10 years.

Pelayo has been actively involved in several foundations, most notably his active collaboration in launching the Fundación Empresa y Sociedad (now Fundación Seres) where he was a Trustee from 1995 to 2009. He also co-founded the Fundación Juntos Sumamos in 2016 and the Fundación Anti-Sida de España (FASE) in 1992. He is also a mentor and regular collaborator of Fundación Créate.

Pelayo graduated in Law and Business Administration at ICADE E-3 in Madrid and completed his MBA at The Wharton School. He was President of the Wharton Club of Spain and was a member of the Wharton EMEA International Advisory Board from 2011 to 2020.